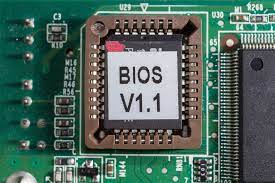 A computer whether it is a laptop or a desktop has a Motherboard where a small amount of memory known as CMOS (complementary metal-oxide-semiconductor) stores the BIOS settings. Hardware settings, system time and date are the parts of BIOS settings. BIOS protect the data each time the computer turns off. If CMOS lose its power the system clock resets.

BIOS settings stores in a non-volatile memory without the necessity of a battery. Still, the motherboard uses a real-time clock because the clock is always active, whether the computer is active or not. It is not a quartz watch just like the ordinary watch used by the people.

Even though CMOS is a small battery its functionality is excellent, it is a backup battery. It is required to keep the information without interruption. There is a specific CMOS battery in desktops or laptops as the battery is connected to the motherboard using two wires. Whenever a password is set for the device the CMOS battery take cares of it.

Locate the CMOS reset jumper on the motherboard. If possible, consult the manual that came with the motherboard or computer for the exact location. If you don’t have a manual, look for the jumper near the battery on the motherboard, although it will often be in another location. The jumper usually consists of a small plastic tab that fits over two pins. On some motherboards, there is an adjacent third pin as well. Most motherboards will have several jumpers for different purposes, so make sure the jumper is labeled “CMOS,” “CLEAR,” “CLR CMOS,” “PSWD” or something similar.

Remove or move the jumper, just as before. This time, power on the computer while the jumper is still off or in the new position. Wait a few seconds to give the motherboard a chance to reset the BIOS, and then turn off the computer.

Return the jumper to its original position, and then replace the outer case cover on the computer.

A computer’s BIOS (basic input/output) is its motherboard firmware, the software which runs at a lower level than the operating system and tells the computer what drive to boot from, how much RAM you have and controls other key details like CPU frequency. You can go into the BIOS menu to change your boot order, overclock your PC, disable onboard peripherals or even set a master password.

Before it loads Windows or Linux, BIOS first runs a Power-On Self Test (POST) to make sure hardware is working right. After POST is complete, the PC will start turning on. At this point, BIOS finds the Master Boot Record (MBR), in order to complete the boot.

Though most folks use the term BIOS to refer to any kind of motherboard firmware, that’s technically incorrect. The setup program on modern-day computers and motherboards is called UEFI (Universal Extensible Firmware Interface), which supports larger size drives and had richer, graphical menus than old-school BIOS, which could not support storage larger than 2.2TB. However, in common parlance, people refer to UEFI as UEFI BIOS and the old kind of firmware as Legacy BIOS. All PCs from the past several years have UEFI BIOS.

Expansion Cards For A Computer System

What are expansion slots in motherboard

Types Of Ram And Ram Slots